Schadenmeldung (German for filing a car insurance claim),  is a mobile-responsive web app that enables insurance customers to easily report a car damage and file their claim online.

The client had a huge amount of car accident reports happening over the phone which resulted in huge waiting times for the clients and high costs for hiring more customer support employees. We needed to create a web application that will be used by Ergo's customers to report a car accident and file an insurance claim online.

First, I aimed to identify the most common problems with filing a claim and reporting a car accident. Next, I designed the interface and created a click prototype. The prototype was used to conduct in-person user tests. Based on the feedback I got from the tests, I adjusted the User Interface, presented the result to the project stakeholders and handed the design files over to the development team.

I received the project brief and spent the first days clarifying the current process of filing an insurance claim (about 20 steps) and tried to re-design it while cutting back on the process steps. You see, filing a claim after you've had a car accident is something no one likes doing. Most of the time, people are still shocked or angry while recalling the event and having to complete 20 steps just makes them more angry.

There were 2 main objectives:

Objective 2- Design the Interface with accordance to Ergo's Design System

I conducted a series of user tests and interviews in order to obtain feedback from potential customers, to test the usability of our online claim form and to understand the critical steps in filing a claim online.

The tests consisted of 2 parts:

Conducting usability tests using an online prototype and one of 3 different test scenarios (quantitative) All conversations and screen time were recorded, so I was able to re-hear everything and evaluate the results.

Under taking the above two objectives into consideration, I designed the User Interface (to be really precise here, I took over from another designer who had laid the groundwork and had done the wireframes, so I skipped this step).

To make my life easier, I named the files inside Sketch to match the Tickets created in Jira. F.e. ECM 446, ECM 448 etc. This way, I could easily connect the exact screen the developers needed with the corresponding ticket. Next, I connected all the ready screens and created the User Flows. There was a total of 7 different user flows, based on the different car accident types.

Results evaluation and presentation to Stakeholders

As a next step, I summarized the results from the user testing and provided possible design solutions to fix the most critical problems. As a matter of fact, I gave the presentation twice-  once in German and once in English, so everyone in the Scrum Team could participate and follow along the process.

The Usability tests revealed that:

Overall the usability was good but as we found out, some people had difficulties answering too many questions and they needed a way to save their information inside the app, so they can return to it later and finish the process. It was decided that such solution will be provided in the next product iteration.

Last but not least, after the final design changes were made, I started the project hand-off process. It included documenting the whole project from start to finish, including the results from the user testing to the Product Owner as well as hading over the design files and giving access to all screens to the Development Team.

In addition, I prepared a separate Style Guide and Project Brief for the developers which also included the critical User Flows and critical interactions.

The project was released in 2019 and is currently serving thousands of customers filing claims and reported a significant lower numbers of calls. You can see it live here. 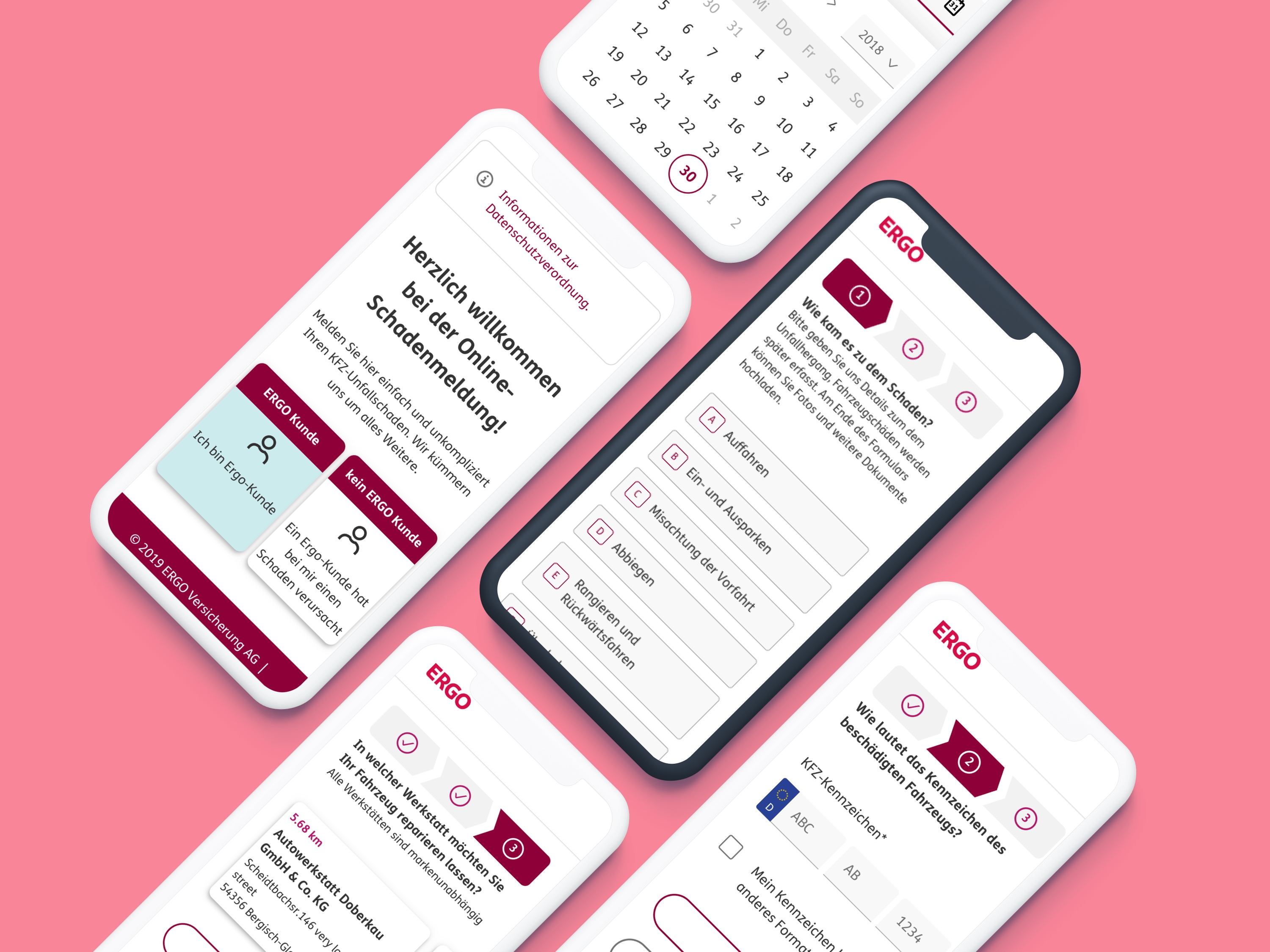 Ready to start your project?

Send me a brief project summary and I will get back to you within 48 hours. You can also send me an email directly to : hi@iglika.co‍

Thank you! Your design inquiry was received, you will hear from me soon :)
Oops! Something went wrong while submitting the form.
"
Iglika is an experienced professional with a rare combination of design, business and collaboration skills. She has extensive knowledge of the market trends and actively develops new design solutions for solving complex business problems.

Nakeema Stefflbauer
Senior Product Manager, Ergo Digital IT
"
I not only enjoy working with Iglika because she delivers excellent results, in a short period of time, but she helps me to express my ideas and makes me look great in front of my clients.